From Tragedy To Action: The National Release of "Jana’s Story". Jana Mackey Kansas University Student & NOW Lobbyist Who Was Brutally Murdered In An Act of Domestic Violence....

The video "Jana's Story" is now available. Please see the link below. http://www.JanasStory.org/

This powerful video is about the dramatic impact of domestic violence. Most importantly, however, this short film is about hope, inspiration, and encouragement for others to take action. Today, Jana's light shines brighter than ever. VIEW IT. SHARE IT. and LIVE IT by taking action and making a difference. 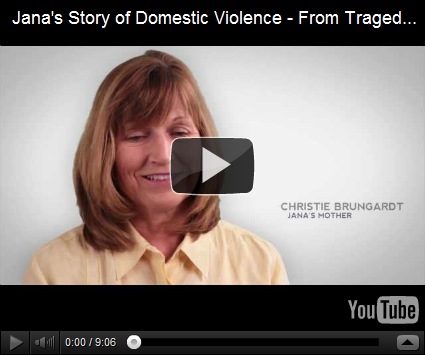 On December 6, 2011, Jana's Campaign will release its long anticipated video "Jana’s Story".  This powerful video brings to light the dramatic impact of domestic violence.  The story of Jana’s life and death are illustrated in the hopes of encouraging others to take action.  See the video at www.JanasStory.org. VIEW IT. Witness the powerful story of Jana’s life.  SHARE IT.  Help us tell Jana’s story and spread the word.  LIVE IT.  Take action and make a difference.

The timing of this video release has been scheduled to coincide with The 16 Days of Activism Against Gender Violence.  This campaign begins on November 25, the International Day Against Violence Against Women, and ends on December 10, International Human Rights Day.

These dates symbolically link violence against women and human rights, and emphasize that such violence is a human rights violation.  Since 1991, this annual campaign has mobilized more than 3,700 organizations in 164 countries to raise awareness about the multiple forms of violence women face.  The 16 Days of Activism Against Gender Violence is hosted and sponsored by the Center for Women's Global Leadership at Rutgers University.

Jana’s Campaign would like to thank all those who have made this video production possible.