Boycotting Topeka, Kansas, Domestic Violence 'Awareness' Rally and March Today. Who is NOT aware? It has only been going on since the beginning of time.

What We ARE not telling these Women is the TRUTH!! If you leave the Abusers HE WILL TAKE YOUR CHILDREN!!!

Until we stop diminishing crimes against women as Domestic it will never end. It is a HUMAN RIGHTS issue. It continues because it is societal accepted. The Video below shows how we as society can Stop the slaughter. We as Society hold that Power.


Again my hat tip to the real:
The Hero’s, The Warrior’s:  The ‘Survivors’ - October Domestic Violence ACTION Month

October means a lot too many people, fall, Halloween, preparing for winter- but to 1 in 3 women it represents Domestic Violence Awareness ACTION– (Intimate Partner Violence) month.

For 18 years, I have been a hardcore advocate/activist. I have met and worked with so many wonderful people like Susan Murphy Milano, Delilah Jones,  Mo Hannah, Barry Goldstein, The Battered Mothers Custody Conference, Stop Family Violence, The Leadership Council, DV Leap….  the list of organizations and people who some like myself and others because they simply care - all work year round -- are endless.


Not to mention all the hundreds of mothers who have lost custody because of abuse. I spent the last 15 years networking mothers on a national and local level – even international. In October we really pound it out — we do all year, but by storm we take it to the internet, the streets, the conferences, the National and State AG’s, Coalitions, judiciary and the community. This is “our month” to further not just awareness - but solutions.

Domestic Violence aka Intimate Partner Violence, rape, torture, and death – IPV: A Human rights issue that is violated from the beginning and it seldom ever ends, has not gotten any better – only worst.

Awareness? Oh, we are all ‘well aware’ - 1 in 5 high school girls will report being abused by their boyfriend either physically or sexually before they graduate. 1 in 3 women you know has survived it, is going through it, or maybe she died ‘accidently’ e.g. drowned in a dry bath tub, (this btw is a very common ‘accident’ the many mothers have) falls, blunt force trauma, or you know of, or have heard of, the father viciously slaughter his entire family, the wife, mother and children – most all are under age 10. And EVERYONE in their life time will know someone or be intimately affected by Domestic Violence (DV) – Intimate partner Violence (IPV)

I am a survivor. The color purple bleeds.

I am boycotting the yearly rally I have attended here in Topeka, Kansas since its inception 17 years ago – I have never missed a single rally. Not one. October was my month to ‘be the change’ to take my knowledge and experience and expound upon it. To let others know- ‘NO it is NOT alright to live in constant fear’.

But after the City of  Topeka, Kansas, Removed Domestic Violence from Cities Ordinance codes  - in essence ‘decriminalize’ Domestic Violence, last October 2011 – (THIS STILL REMAINS) – The City Ordinance prohibiting DV has not been re instated, but ‘dog at large’, tall weeds, prostitution, drunk and disorderly’ along with  all other misdemeanor’s and misdemeanor assaults – remain.  But NOT ‘Domestic Violence’ – still remains retracted. The county does its best but the case loads are over whelming.  But again—it’s just Domestic Violence cultural attitudes.

I simply cannot go out to the rallies, marches, activities - screaming at the top of my lungs – chants, (more lies.) Slogans like “Get Out” – “Get Help” – “You Don’t have to live this way” – you have all heard them. They are all lies. 1 in3 – yet we still do our community customs of:  ‘See we care about___(fill in the blank) – but; (really it’s just an annual fall walk, political shoulder rubbing, a few victims find validation (if it’s their 1st one).

‘Policy and procedure’ – ‘Women and Children are top Priorities’ everyone ‘talks the talk.’  Still—no one holds these most evil of society’s criminals accountable – it’s just domestic violence, as they turn away from the realities of it every other day of the year. No one ‘walks the walk’ except those survivors turned advocate/activist. They are the true hero’s and warriors, shakers and World changers. They do it so that no one else will have to endure needlessly or die needlessly as so many already have. 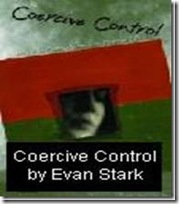 Domestic Violence as Evan stark so clearly writes in Coercive Control – “Why the domestic violence revolution has stalled” and further explains it as what it really is. Human rights violations. It is a pattern of coercive control, emotional, physical, verbal that chains the victim to the perpetrator,  sometimes they break free, sometimes they endure, some survive, some die and sometimes they leave – only to find that living w a batterer was much easier than dealing with the abusers in the judiciary, criminal courts, family courts.

1 in 3 women.  How many of those three have children? You can quote me stats all you want but the very fact that the leading cause of death to pregnant women is homicide by their male partner and the very real fact that Mothers are vanishing, the fact that the cemeteries’ are filled with women and children who were of the most profound types of crimes a complete stripping of autonomy, prisoner of war, concentration camp – comes close. It is their dead bodies in that fill those cemeteries. 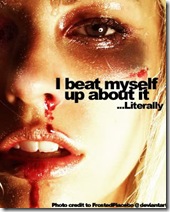 It’s not about awareness; this has been ongoing since the beginning of time. We all know about – some judge, some ignore, some become impassioned. But Domestic Violence – Intimate partner Violence exist because we as a society socially accept it - Bottom line. It is acceptable to beat your wife. Beat your kids, murder them all under this so called “domestic violence’ umbrella. Ahhh ‘so sad’ we say, the media articles write “he was such a nice guy”  in regards to yet another familicide or murder-suicide within the family.

The most dangerous place for a woman is in her home.  A man’s castle is his home. This actually goes a long way in showing why Domestic Violence is a societal accepted norm.

A man’s home is his castle- how many men are removed from ‘their’ home and placed in a shelter. None. They take the victims, mothers mostly with usually small children to a ‘shelter’? Shelters are for animals, the stay is the same for both the animal shelters and the battered mothers – about 2 weeks. Then….with many mitigating and very coercive factors, mother returns to  the “Man’s castle – HIS home’ with her children. On average, if mother survives, she will leave 7 times. -- Then she will think that like all those slogans above that she is better than that, she and her children don’t have to live like that in fear 24-7. I mean look at the rest of the world- they don’t go through what she goes through – or so she thinks, again its all lies. 1 in 3. But so ‘perfect the couple appeared’ – "such a nice family” so quiet and on and on…… when we hear finally outrage.
Not tragedy but outrage, as you see every crime of IPV is preventable. Every murder of another mother and her children, preventable.


Trag·e·dy (trj-d) n. pl. trag·e·dies - 1. A drama or literary work in which the main character is brought to ruin or suffers extreme sorrow, especially as a consequence of a tragic flaw, moral weakness, or inability to cope with unfavorable circumstances...
THESE CASES ARE NOT "TRAGEDIES". THEY ARE OUTRAGES

With blinders on, we as society see the world through rose colored glasses. Perfect. The perfect wife, the perfect family the perfect father. All lies. Domestic Violence RARELY ENDS –except in death. 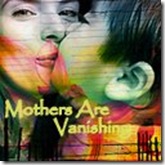 The blood flows.  Another mother disappears. Mothers Are Vanishing.

Those mothers are always up and leaving their kids, their purse, cell phone car etc….. this is the nuts and sluts view of our society. But if a man ups an disappears leaving behind his wallet, his car his cell phone – something IS wrong, became harmed in some way  accidental but usually  would be seen and viewed from society’s rose colored glasses as a crime. I mean men (who truly are the nuts and sluts) would never leave.

Further, many States, like here in Kansas, the Federal and State Grant Funding for Domestic Violence  ”… is to encourage the battered mothers to go back to the abuser.!” WHAT?  We have taken giant leaps over tall buildings, sometimes it is like for every ‘one’ good we achieve – we get thrown back into the dark ages. Well, that is the goal. Oppression, slavery, ownership, entitlement and belief system, of not only the batterer, but that of society’s.

I have no doubt, that ‘We… ‘will eventually change that too.

So here is to the true Hero’s -The real Warrior’s
The ‘Survivors’ 1 in 3 - Who Take What happened To them and indeed create a ‘Better’ world as a result.

Holding My Hand Through Hell is much more than a story of survival, the book is a re-enactment of how God reaches through the fire of chaos and brings peace and hope. A woman questioning her faith through a multitude of experiences finds herself continually in the midst of battle, within her own relationships, and through the thousands of high risk intimate partner violence victims whom she rescued and became a thread in the tapestry of her life.

"More than a memoir Holding My Hand Through Hell is like a true crime drama played out through the years of one woman's life."

The premise of Holding My Hand Through Hell is gripping, yet heart wrenching, and readers say they are compelled to follow Murphy Milano through her journey to the end. After years of torment and abuse, her Chicago Police Department father murdered her mother in the family home, and took his own life,  but Murphy-Milano decided not to be another crime victim, but to survive the worst tragedy of her life and make sure it didn't happen to others. Leaving a lucrative career as an investment banker, she spent the next 20 years in the trenches with other victims of abuse, like her mother, enriching the lives of each and every one who enlisted her help.

Often shunned by traditional domestic violence organizations, Susan Murphy-Milano became like a one man band, utilizing unique strategies specific to each individual she helped. Using her connections within courtrooms and the media, she found herself face to face with some of the worst abusers, often questioning whether God would bring her through the next crisis.


“My Dear Sweet Susan - Had it not been for the hell we endured we would have never met, you have taught me and thousands of other’s how to be the –change- we want, by your selfless, 200% nonstop commitment and compassion. Thank you sister! You are my hero!” xoxo C