KS: Child Custody Case Managers, ONE of the Most Scrutinized in the Judiciary - Appointed to "high-conflict" divorces - KS Legislature and KS Court of Appeals, taking steps to ‘Rein In’ the “Quasi-Judicial” RENEGADE appointees

Excellent article by Andy Marso and the Topeka capital Journal. You have to go to the article and read the comments. 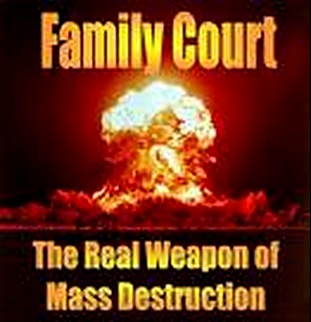 “mediation and other alternative dispute resolution in the Kansas court system says it will seek public comment soon on new guidelines for child custody case managers, who are fast becoming one of the most scrutinized aspects of the judiciary.”

“followed by appellate court decisions in back-to-back weeks that slapped the Douglas County district court for abdicating too much of its authority in custody cases to the case manager.”

“Two weeks ago, the appellate court found that Karen Williams was entitled to a full evidentiary hearing on the district court's decision to reverse custody of her daughter — a decision that was made solely on the recommendation of case manager Cheryl Powers.”

“The latest appellate decision, released Friday, established that father Matthew Merrill had the right to object to all recommendations of his case manager, Patrick Nichols, and that the judge should review those objections before implementing the recommendations.”

“Dale objected to the judges' ruling that Nichols shouldn’t have been able to bill Merrill for the time Nichols spent defending himself against motions to remove him as case manager. Instead, the court wrote that case managers are only authorized to asses fees to the parties for work related to "custody, residency or visitation or parenting time issues."

"(The court) muddied some waters here," Dale said. "I'm not in indentured service to the court. I'm not working for nothing."

“In the Merrill case, the appellate court also found Nichols was inappropriately influenced by the parties' unwillingness to pay him and the district judge erred in accepting Nichols' request that his recommendations be immediately implemented as court orders”

Blood for Profit - Just US, no one else. After 18 years of hell in Shawnee County Courts, Case management, GAL’s, parent coordinators and other 3rd party 'access to justice interferer’s’, have shown their true agenda - theirs -

and the commenter' s here are 'on to them' and the whole 'therapeutic jurisprudence' – b.s. w 2 degrees. Dr. Bud Dale, JD. Your ‘gravy train’ (and all the others) is finally at stake.

Awesome job to cj and Andy Marso, more than awesome job that after all these years I finally see the people – we the people – outraged! I have waited almost two decades for the truth to finally burst out. Thank you Topeka.

LAW is LAW - psych is theory, ideas, opinion. Not fact. There is absolutely no place in a Court of Law for any ‘therapeutic jurisprudence’ – Self (financially) ‘made-up' positions that amount to ‘crystal ball’ reading’s. Take it on the road w the carnival. Entertainment [bad entertainment] is better than the damage caused by your so called JUDGE/GOD idea, opinions and your beliefs. People divorce for a reason - stupidity, danger and insanity in forcing them into polar situations for financial gain is inhumane.

…."(The court) muddied some waters here," Dale said. "I'm not in indentured service to the court. I'm not working for nothing."

Indentured slave? Case managers and other www.WhoresOfTheCourt.comhave no problem ‘enslaving’ families for personal profit... get out Bud.

Reevaluating the Evaluators: Rethinking the Assumptions of Therapeutic Jurisprudence in the Family Courts http://www.thelizlibrary.org/liz/child-custody-evaluations.html

“Teaching Battered Mother to NOT complain about abuse, if she ever wanted to see her child again.'’ Mother never did see her child, she was never allowed to mother her daughter and a little girl denied her mother - 15 years later-- still no more than strangers, thanks KS Case Mangers, Courts and Bud Dale. $$ -
You murdered innocence, you rewarded violence -- An entire generation sent to slaughter for your personal $$ gain.

“…..forcing a battered mother to not complain about sexual and physical abuse - it’s confrontational, and if mommy wants to see child again……then mommy will do as told.” http://bit.ly/JT

Karma baby. The ultimate justice. And they all came tumbling down....