Two domestic violence survivors addressed the Topeka City Council on Tuesday evening after it heard the first reading of a proposal targeted at forcing Shawnee County District Attorney Chad Taylor to resume prosecuting domestic batteries committed in Topeka. “I just ask that somehow there has to be a resolution,” Joe Cheray told the council. 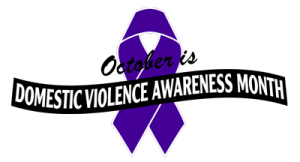 I stand before you to speak about the issue known as REPEALING THE BAN on DOMESTIC BATTERY within the City Limits that the vast majority of Topekans, and now AMERICANS, recognize as a measure to ‘DECRIMINALIZE DOMESTIC BATTERY’ within the city limits of TOPEKA.

EVERYONE understands that budgetary shortfalls are a catalyst behind this recent decision. While neighboring communities in Kansas and around the country, face similar economic challenges, many of these communities are for example, limiting services, like reducing government office hours, foregoing park maintenance, or taking longer to patch potholes.

Yet in Topeka, it has been decided that we can solve a budget problem, by foregoing the protection of those most vulnerable. Don't we all know that any type of criminal activity will undoubtedly increase when the consequence is removed? Am I the only one who understands this logic? Has anyone with responsibility considered all of the costs?

MOST of us also understand that the other catalyst is yet another bungled, politicized process. The LEGALIZATION of DOMESTIC BATTERY is not a natural disaster, it's a manmade disaster, one within our control to manage and solve properly. Although will someone please explain to how an elected / appointed group of individuals arrived at a decision to DECRIMINALIZE Domestic Violence. And, how did they possibly not understand how opposition to their collective actions would not gain an explosive level of traction.

This political gamesmanship will no doubt directly contribute to the physical and emotional harm of those left even less protected, and further exposed to DV.


My mother always said “two wrongs do not make a right” by repealing the ban on DV within the city is 2nd wrong, to the 1st wrong of the DA’s failure to prosecute, and thereby protect.

In OCTOBER 2011, and for the 24th consecutive year, DOMESTIC VIOLENCE AWARENESS Month is being recognized around the USA; its main purpose is to MOURN those who have died due to domestic violence, CELEBRATE those who have survived, and CONNECT those who continue to work in the endeavor, to inform and promote National and Community Awareness and Action to end Violence against women.


Council members, when you ‘repeal’ the ban on Domestic battery, for political reasons, you will be known not only to your daughters and granddaughters but to every DV victim/survivor-- as the city who did not care, locally and nationally. ... YES, the for the 24th CONSECUTIVE year we have a DOMESTIC VIOLENCE AWARENESS Month, while in Topeka it sounds and feels NOT like 2011, but MORE like 1961 . I ask that on behalf of victims and survivors everywhere, that you honor our struggle and not further degrade us.

Thank you for your time.